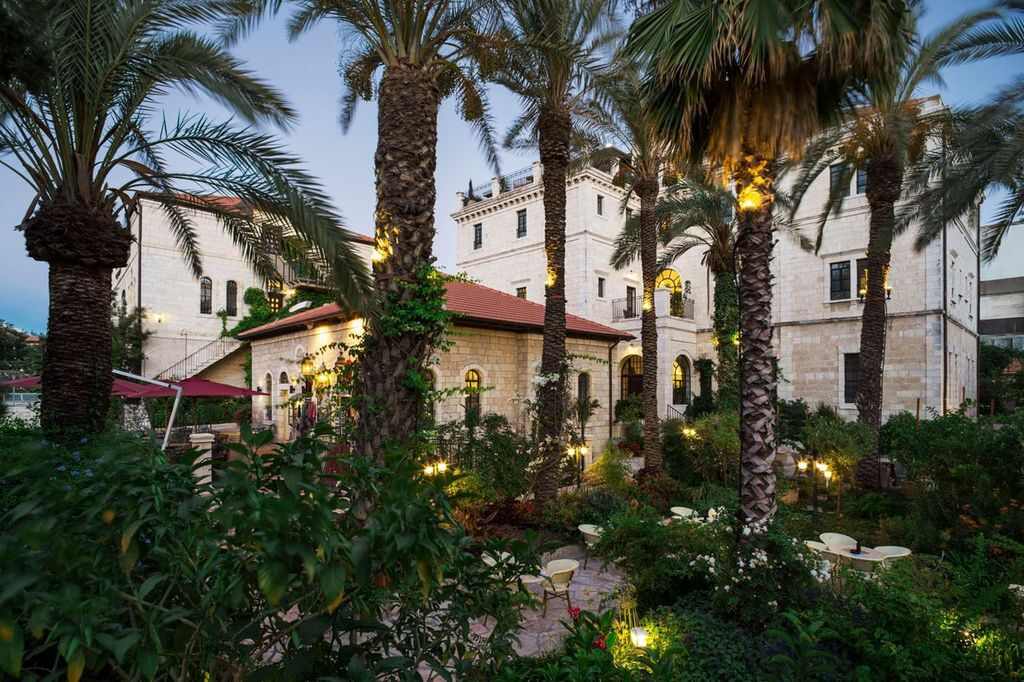 Many have heard of it but remain unfamiliar. Yet it is nearly essential to know about this tourist gem in the heart of East Jerusalem. Do you want to disconnect for even a few days? This unique hotel, its buildings, furniture, interior design and landscaping are unchanged from the past, yet unpretentious – just as they were in the late 19th and early 20th century. Thus, they are revealed to guests.

Beyond the physical attributes, the service, attitude and cuisine deserve our attention. Wouldn’t you like to be a part of this special place even for the weekend?

The American Colony’s life story begins with the extraordinary fate of an American family in Chicago 1881. Devout Christians, Horatio and Anna Spafford, left the United States after a series of tragic events and decided to immigrate to Jerusalem, the Holy City, to both find peace and aid families in distress.

It is said that the family drew comfort and strength from the words of the hymn “It Is Well with My Soul,” which Horatio Spafford wrote following the drowning of their four young daughters at sea. The Spaffords, along with sixteen other church members, who styled themselves “the Overcomers,” set out on a journey to Jerusalem, where they settled in a small house in the Old City.

The Overcomers’ story emphasizes that the group was missionary, but aspired to live according to the values ​​of the early Christians: a simple life based on community sharing. Their door was always open to their Arab and Jewish neighbors, as well as to Bedouin from the area and across the Jordan. The community soon developed a good relationship with the local population, and became known for its characteristic acts of charity and generosity. Those around them called them “the Americans.” Seventy Swedish immigrants to the United States joined “the Americans” in 1894, and two years later another fifty-five new members arrived from the town of Nås in Sweden. Having grown over the years, the group now needed a larger residence. The house they bought, outside of the walls, was originally built as a palace for the Pasha Rabbah al-Husseini and his four wives. Later, it became the American Colony Hotel.

The seeds of the American Colony Hotel were sown in 1902, when Baron Ustinov, who was fed up with the Turkish hostels, looked for a suitable place to house his visitors from Europe and America. The American Colony House soon became a inn for Western travelers and pilgrims, whose expectations were not met in the other guest houses in Jerusalem at the time.

The American Colony Hotel has a place of honor in the history of the region, as a witness the constitutive changes that befell it, ranging from wars to peace agreements. On its roof, a white flag was hoisted in 1917 to signal the ceasefire. This flag, which put an end to the Ottoman rule in Jerusalem, is now displayed in the War Museum in London.

The hotel is known as an island of neutrality, remaining outside the turbulent political struggles of the region. Since its owners are neither Arabs nor Jews, but Americans, Britons and Swedes, the hotel sees itself as a friend to all sectors of the diverse Jerusalem society. Indeed, the hotel is considered the preferred home base for journalists from around the world, senior UN representatives and diplomats.

Descendants of the colony’s founders still own their former home in the Old City, using it for charitable purposes, and providing various services to needy children. The building now houses the Spafford Children’s Center, which runs a medical center and social work departments for local children.

Note the emphasis in this paragraph, “Although the grandson of the Spafford family, Horatio Vester, transferred the day-to-day management of the hotel to the Gauer hotel chain from Switzerland at the time of his retirement, the American Colony Hotel is still owned and managed by descendants of the founding community. The hotel’s board of directors consists of family members who continue their vigorous involvement in everything that happens at the hotel. The American Colony Hotel is part of their family history, just as it is part of Jerusalem’s history.”

A gallery of photographs to tempt you….