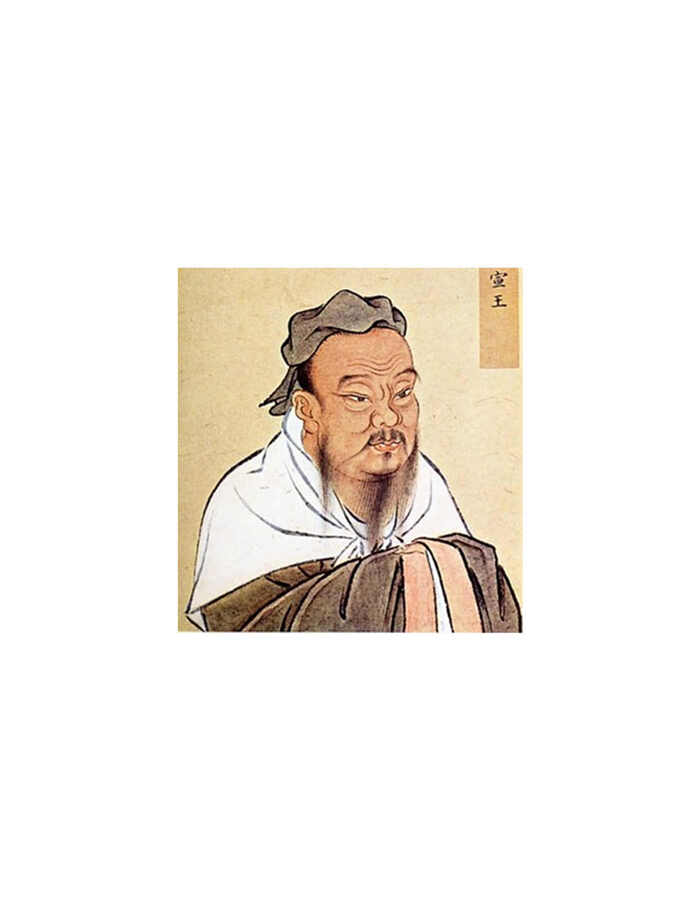 About 20 years ago, I attended the opera Madame Butterfly in Shanghai but felt that I didn’t understand much, even though I was familiar with western productions of the opera. I discussed this difficulty with a friend, a Chinese intellectual. In response, she bought me an edition of The Analects of Confucius in English as a gift. No doubt, my friend recognized the gap in my understanding of Chinese cultural patterns.

Confucius, a Chinese teacher, not a philosopher according to the concepts of his times, lived between from 551 to 479 BCE. “Confucius” is the Latin name given to him by Jesuit missionaries in the 17th century. His Chinese name is “Kung-fu Dze.” The Analects were written by his students, because Confucius himself did not leave writings.

Confucius’ teachings are one of the pillars of Chinese culture. Confucianism covers theories of ethics, law, social affairs and politics. His teachings center on the varied facets of humans’ ethical behavior. Confucius placed great emphasis on education, and believed that the customs, general conduct, and atmosphere in which a person is raised are forces that influence and shape the individual.

Amira Katz, an Israeli  expert in Confucius, explains, “The Analects are not an orderly philosophical teaching in the narrow sense of the word, but rather an ethical platform to be internalized and realized, as path to ethical self-perfection. The flexibility of this exemplary book has help preserve its original universality and revive it in every generation.”

In light of our current situation, mainly in Israel, but also in the world as whole, I want  highlight three sections from The Analects of Confucius.

Between One Person and Another

The Chinese ideogram “ren” consists of two parts: a standing person and the numeral “two.” It represents the relationship between a person and another. Katz clarifies, “The word ren which means humanity and the word ren, written only with the sign for a standing person are homonyms and related to each other in form; sometimes they are interchangeable.” This is not a coincidental; language is a map of reality or, as in this case, the map of desired reality. Thus, the word ren also encompasses an educational course of action.

Ren is the highest ethical virtue of all, according to The Analects. Confucius made it the focus of his ethical discussion.

Amira Katz, who interprets both the depth and the breadth of The Analects, writes: “The Analects are a rich fabric that seemingly attempts to give a particular answer to the question of the essence of humanity – the substance of ‘being a person worthy of the name.’” This emphasis, although general and unfocused, points towards an abstract perception that requires that listener or reader exert effort to complete the idea. The effort demands that readers and listeners meditate on the diverse facets of the concept “humanity.” The very preoccupation with the concept of humanity deepens until the person thinks ceaselessly about ren. This ongoing concern enriches and benefits the person.

The Behavior of a Leader

“The ruler by right of virtue” is a leader for whom ethical considerations precede all others, and who always acts accordingly. This leader’s inner virtue or ethical power has a positive effect on others. He rules by being an example to his subjects. According to Confucius, since the source of a leader’s rule is manifested in the example of his personal, daily behavior, even an ostensible lack of active activity constitutes action.

Notice the difference between the Confucian position that advocates leadership that sets a personal, ethical example – so subjects will imitate the leader’s attitudes and behavior, and become accustomed to living this way – and control based on the fear of punishment, the very power of the law. According to Confucius, law will not change the attitudes and behavior of the subjects. Confucius advocated internalized control by a leader, whose internal control radiates from the leader’s personality, without the assistance of law.

Knowing the “Command of Heaven” versus “Knowledge of Fate.”

The Analects states that when Confucius was 50 years-old, he came to comprehend the meaning of the “Command of Heaven” versus “Knowledge of Fate”

Heaven cares for the welfare of humans, and the role of the ruler (who stands between heaven and earth) is to maintain this welfare. The ruler rules by the command (or mandate) of heaven, which he must obey; if the ruler is derelict in his duty, this right is lost. Therefore, the command of heaven is an ethical command.

According to Confucius, the individual’s knowledge of the command of heaven would lead that person, and not only the ruler, to self-correction. “The commandment of heaven obliges every person to walk in the ethical path.”

Conversely, knowledge of fate refers to those things that are not under our control, and therefore should not be pursued: life and death, wealth and status. It mandates that we maintain an awareness of what is held in the hands of fate, beyond the realm of human control. Thus, The Analects teach, “Understanding the command is difficult, but possible.”

The teacher said: At fifteen I set my heart upon learning. At thirty, I had planted my feet firmly on the ground. At forty, I no longer suffered from hesitation. At fifty, I knew what the commands of Heaven were. At sixty, I heard them with an attentive ear. At seventy, I could follow the dictates of my own heart, for my desires no longer overstepped the boundaries. (Chapter B4).

Confucian humanism places great responsibility on each individual – “The person expands the path, not the path the person.”