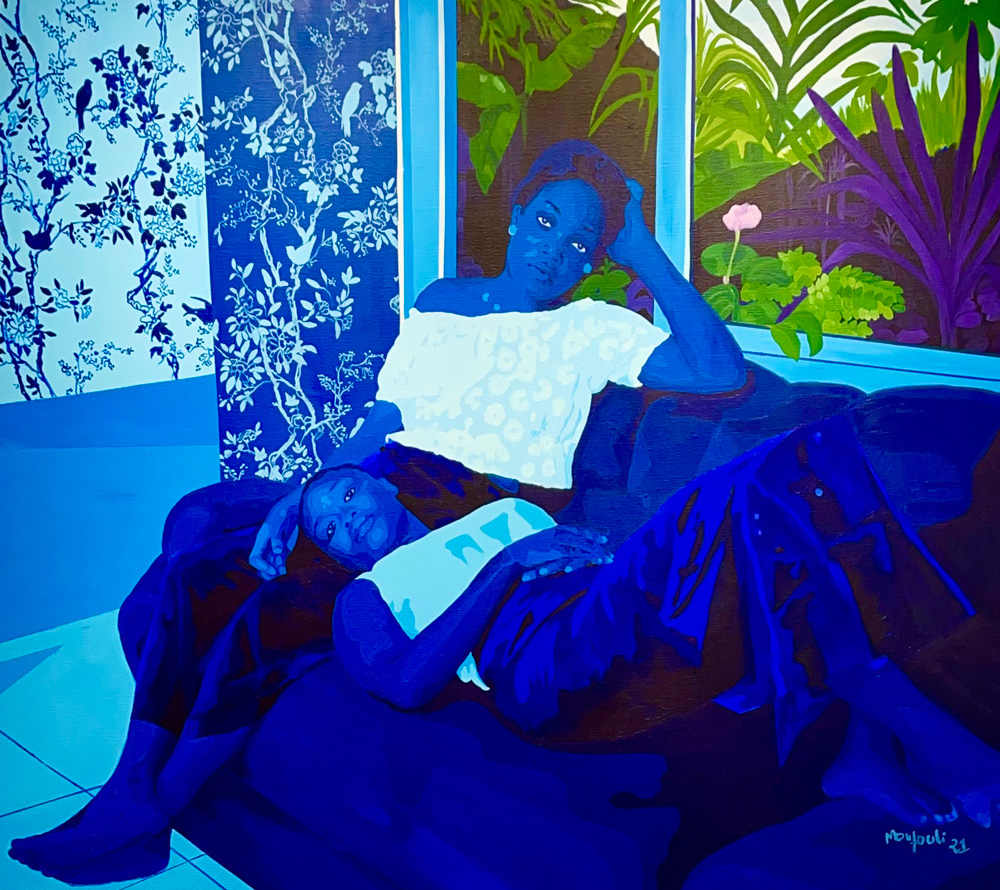 Posted in art, perspectives on life

Sometimes we are captivated. That is what happened to me when I first saw paintings by Moufouli Bello, an artist from Cotonou, Benin, a small country in west Africa. After studying law, out of commitment to the social rights of the local population, she decided to dedicate herself to her great passion, painting. To painting, she has added other artistic media: installations, photography and even digital art. Freedom of expression in the West led her to live and work in Paris. Benin was a French colony and therefore Bello speaks French in addition to the local language of Benin.

Bello’s perspective on the women of her country is very cohesive, clear and admiring, “Often, the African woman is presented with a child on her back or a burden on her head. African men are rarely portrayed as bearing the burden of the family. This visibility reflects society’s perceptions. The women in my paintings are what I would like to see. I know that the women in Benin could be more than they are. I would like the women to be aware of their existence. Women carry the burden of the whole family, including raising children, of course. Some of the women I meet are unaware of their own inner existence.”

Moufouli Bello’s paintings of women are impressive in their size (approximately 150 x 170 cm), and indicative of her outlook on the power and abilities of women in her country.

Her paintings emphasize facial expressions and poses. The aesthetics expressed in their attire, with the emphasis on colorful clothing, places the African woman on an elevated pedestal. The size of the paintings and their colorfulness are striking in the impact they radiate. The most unusual and surprising feature of Moufouli’s paintings is the blue background, and the women’s indigo blue skin. They rise up with a quiet sense of confidence.

Moufouli belongs to the Yoruba, a west African ethnic group, who customarily dye their fabrics in colors derived from the indigo plant. According to Moufouli, the combination of black skin and indigo blue reminds her of freedom and home. Truth be told, the dialogue of the blue and deep indigo with the women in her paintings is mesmerizing.

Delve into the power of indigo by watching a digital presentation that Bello created in 2018, below. The event is an impressive local, religious ceremony. Notice how participants move on an indigo-colored mat, after removing their shoes. The title of work is IPKE, which means The Reading in the Yoruba language. The performance sweeps viewers away. We recommend watching and listening to the music of prayer.