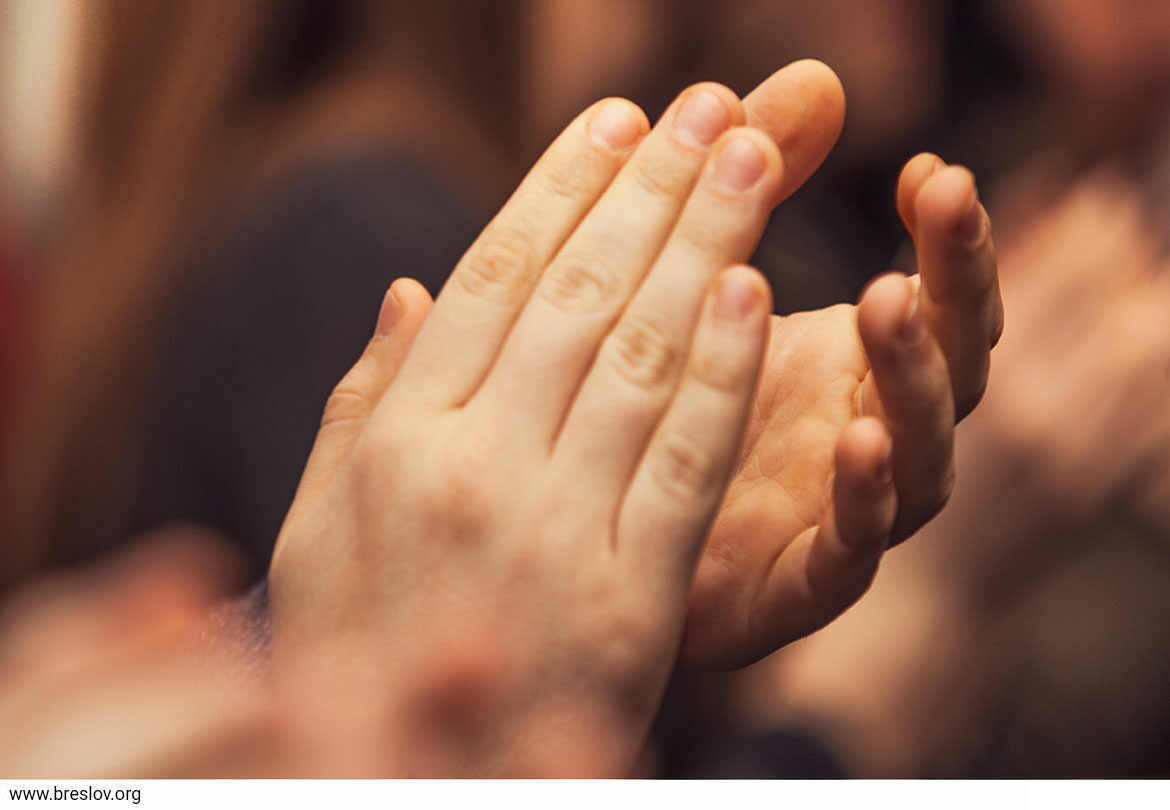 A few days ago, I read an article that quoted this clever Arabic proverb, and again said to myself, “Do not to underestimate popular wisdom and imagination.”

Even when the difficulty is great, even when we give up something of “our own,” and maybe even concede something(s) that is, in our opinion, even larger, how can we actually win? In addition to satisfaction, clapping hands expresses a good feeling, joy and also the “bringing together two palms.”

Clapping our hands also contains hope for shared continuity, because the other hand was also aware that “you can’t clap with one hand.” Therefore, the act of clapping also connected the other hand to the continued journey. Additional gain is possible.

We sought sources for the wisdom of compromise. A friend noted a beautiful, feminine story, which is even a bit risqué, told in Genesis, 30:14-16.

Once, at the time of the wheat harvest, Reuben came upon some mandrakes in the field and brought them to his mother Leah. Rachel said to Leah, “Please give me some of your son’s mandrakes.”

But she said to her, “Was it not enough for you to take away my husband, that you would also take my son’s mandrakes?” Rachel replied, “I promise, he shall lie with you tonight, in return for your son’s mandrakes.”

When Jacob came home from the field in the evening, Leah went out to meet him and said, “You are to sleep with me, for I have hired you with my son’s mandrakes.” And he lay with her that night.

As a reminder: Leah and Rachel are sisters, daughters of Laban who is Jacob’s uncle. When Jacob saw Rachel’s beauty by the well, he asked for her hand in marriage. Her father, who knew that custom forbade marrying the younger daughter before her older sister, deceived Jacob by covertly sending Leah to Jacob’s tent on their wedding night. When Jacob, who had worked seven years as a bride price for Rachel, realized that he was married to Leah and Laban offered him the option of working another seven years for Rachel. Jacob’s love for Rachel was so great that he effectively worked for 14 years for Rachel, his second wife.

Leah was blessed to bear several sons to Jacob, but Rachel, Jacob’s great love, was unable to conceive. When Reuben, Leah’s eldest son, found and brought his mother mandrakes, a plant to which both medicinal and aphrodisiac virtues are attributed, Rachel offered her older sister a deal, “Rachel replied, ‘I promise, he [meaning Jacob] shall lie with you tonight, in return for your son’s mandrakes.’”

The pain – of Rachel who could not give birth, and of Leah, whose husband preferred Rachel – was overwhelming. Both Leah and Rachel gave up something but also benefited. This story took place in the middle of the 15th century BCE, in the city of Harran, Aram Naharayim, when Jacob was living with his brother-in-law, Laban the Aramean.

(And what can be said about the mandrake plant? Since ancient times, many legends have been told about the medicinal property of mandrakes. They are mentioned numerous times in Greek and Roman literature, and also appear in the second book of the Harry Potter series, as a cure for those affected by the “monster of the Chamber.”)

We all need, on occasion, to be reminded that “you can’t clap with one hand.”