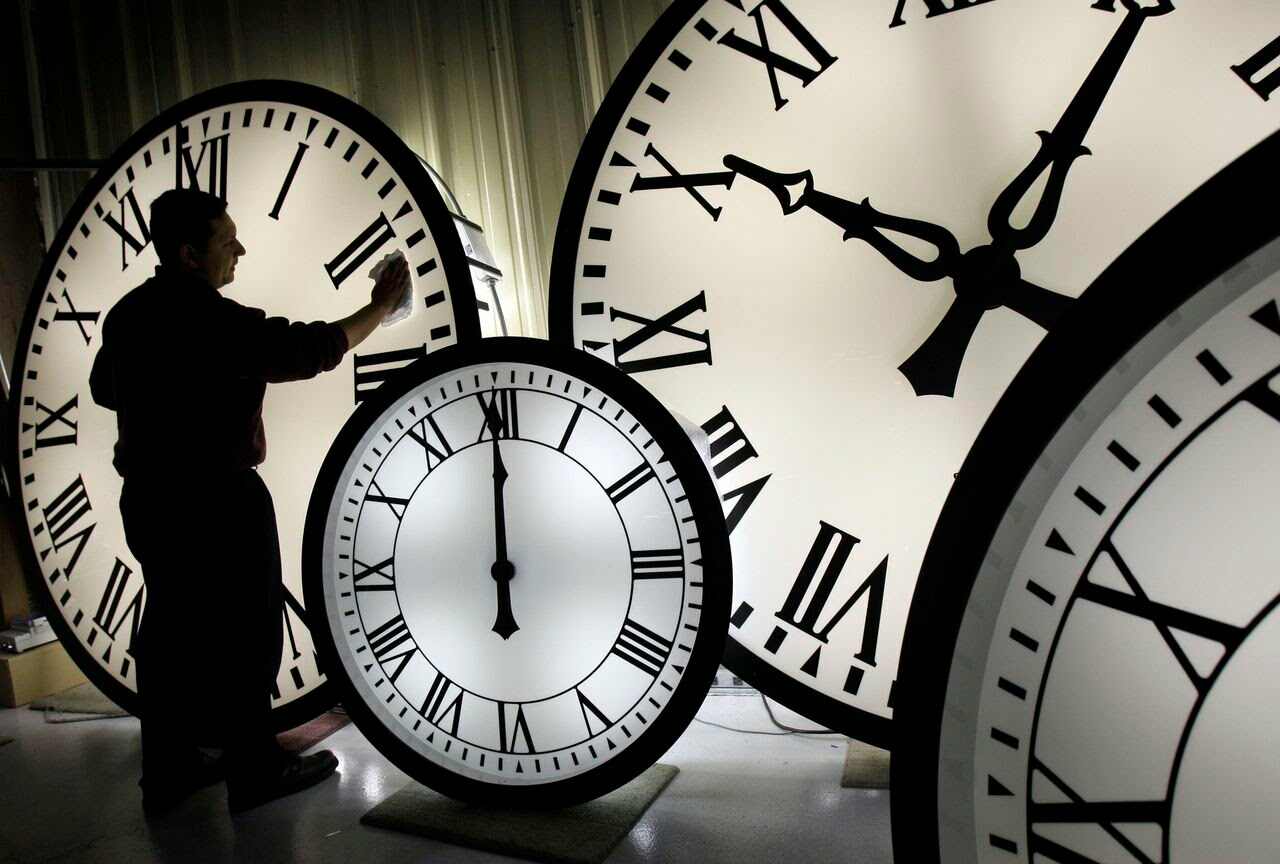 Posted in perspectives on life

The riddle of time has preoccupied philosophers, writers, poets, mystics and thinkers since the dawn of human and Jewish thought and culture. But rather than clarifying the issue, this effort has burdened it, changing time from an epistemological [cognitive] symbol into an essence that many people think has an unconditional existence.

Einstein’s theory of relativity deepened the interest of theoretical physicists in the issue of time; leading to ideas about “travel to the future,” “going back in time” and other paradoxes that emerged as these concepts began to surface. This development was also reflected in popular culture, film, television and literature.

But time travel is actually impossible, because time as a dimension in reality does not exist. Time is simply an expression of the relationship between matter and motion or more precisely, the processes through which matter changes in the universe.

All of the changes in time, which apply to different people moving at different speeds, are caused by the speed of their motion and gravity. This indeed confirms the view that time is a human symbol that expresses changes in matter and movement.

Aristotle already argued that time measures the movement of matter, but we should be precise and stress that time is the degree of change in matter, from the level of a single atom, and even sub-atomic particles, up to the most tremendous galaxies.

If there were no change or movement in matter, there would be no time at all, and we would be unable to differentiate between a second and eternity.

The following thought experiment demonstrates this claim: Imagine that there is no motion within an atom; the electrons do not revolve around the nucleus and everything frozen. Even the molecules that comprise those atoms do not undergo any chemical process. Similarly, plants, animals and everything on earth is frozen in place, like picture that does not even fade. No clock hands move, no thoughts “run” in people’s minds, not an eye blinks, no new sights or sound are made or even echo, the sun stands still in the sky and day does not follow night. Processes of human growth, maturity, aging and death halt. Everything is fixed in place, and nothing changes, as if the entire universe and all it contains is merely drawing, a picture or a card that is static and does even show signs of wear.

In such a situation, it would be impossible to distinguish between a second and a minute, between a minute and an hour, between an hour and a day, between a day and a year or between a second and eternity, because reality neither changes nor move, nothing is created and nothing is lost. Therefore, there is no time. Not in the sense of a person who says, “I don’t have any time, who saying, in essence, “I have to move from here to there, and do this, that and the other thing, think about these and those. Rather, there is simply no time because there is neither movement and nor even processes of deterioration.

If so, why do many people think that time is a actual dimension of reality? Because human language misleads us into thinking in this way: the concept of time is so ingrained in human culture that most people treat it as an unconditional reality, rather than a metaphor.

An important philosopher who fell into the trap laid by the metaphor of time was no other than Immanuel Kant, who considered time a form of perception or an a priori conception that emerges from the very structure of human thought. In his opinion, we cannot think of anything unless it is located in space and time, but this is a mistake. Reality is always in motion and undergoing processes of formation and loss, which we call “time,” but if we could imagine a reality without motion, without formation and loss, we would reach eternity. Therefore, the category of time is not inherently embedded within us a priori, although it certainly is understandable given that the human mind evolved in the material world, through an evolutionary process that is entirely motion and change.

Time is a metaphor or human term for the processes of change in matter. Any other reference to time as a real dimension is similar to a scientist looking for a mathematical equation inside a machine built using that equation, but the equation is only a human, symbolic description of natural laws. Considering time a real dimension is similar to searching for the scientifical symbol of a chemical molecule through a microscope or for one of the elemental symbols on the periodic table in nature itself. More concretely, consider an example taken from the field of real estate. No one will look within the walls of his house or kitchen sink for the plans drawn by the engineer or architect. Any sensible person understands that they are a symbolic representation of reality, not reality itself.

Just as a person would not imagine that letters or sentences from a geography book about Tel Aviv appear in a traffic jam on the Ayalon Highway; just as no one images that they will observe a mathematical, chemical or physical formula in nature – because they understand that these formulas express reality symbolically but aren’t written in space – so, there is no ontological [entity] dimension of time. Time is an entirely human expression of the processes of the formation, loss and change of matter .

Not distinguishing between scientific language as a symbol of reality and reality itself underlies the error that considers time real. This error has caused unnecessary complications but we did gain at least one thing from it, “Time Tunnel,” one of my favorite series as a child.

Unfortunately there can be no journeys in time, to neither the future nor the past. Thus, a riddle that troubled many philosophers – What time was it before the creation of the world? – can be solved. If we understand that there is no time without matter, then we understand that before the creation of the world or before the Big Bang [or the Big Bangs, as Talmudic sages stated long ago, “God creates worlds and destroys them”] there was no time because there was no matter, or there was matter that lacked processes of formation and loss. To the best of our knowledge, there is no such material, although this hypothesis was raised many times by Jewish philosophers in the Middle Ages, who called it “primeval matter.”

A world without formation and loss is a world without time, and this may be the deep meaning of the idea that the world-to-come has no substance and therefore is inconceivable in human terms, as it is written: ““No eye has seen it, God, aside from You” (Babylonian Talmud, Berakhot 24b, quoting Isaiah 64:3). The big question is, what is the source of our consciousness and our consciousness of eternity? Perhaps this is the image of God within human.

It is no coincidence that “Ein Sof ­– Infinity” [the Kabbalistic emanation of Keter (crown)] represents the greatness of eternal, rather than temporal, being, as known to those who comprehend the hidden mysteries.

Dr. Baruch Falach is a multidisciplinary researcher in Jewish studies and the humanities, a dealer and collector of rare books and Judaica.